This week is a film I have wanted to watch for a while but never got around to it. It is In Time, a film that was released in 2011 and has a running time of 1 hour and 49 minutes. This film was directed by Andrew Niccol, who also directed the Host. 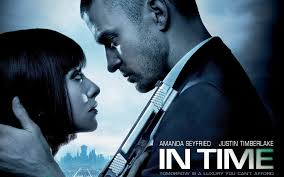 The description of the film is 'In the near future, people must buy time to stay alive. With the rich in control, Justin Timberlake sets out to level the playing field.' This film will be something the whole family can watch together. It made me laugh, it contains action and it even contains a bit of romance.

The stars of this movie include Justin Timberlake, Amanda Seyfried, Cillian Murphy, Johnny Galecki, Matt Boomer and Alex Pettyfer. The cast in its self is amazing!

As you can probably already tell there is a whole bunch of hunks in this film but sadly only one can be crowned 'Film Hunk of the Week.' This week the title goes to the one and only Justin Timberlake. Oh and ladies you wont be disappointed as within the first 40 minutes Justin is topless as he strips down to go swimming with co-star Amanda Seyfried. 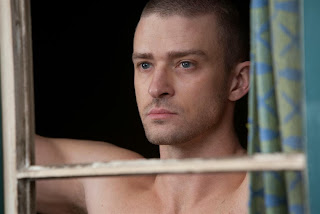 Overall the film kept me on the edge of my seat for every second wondering what would happen next. This film even passed on some wisdom. Just remember 'You can do a lot in a day.'
Just a quick note from me before I leave you all to enjoy the rest of your day. Next week starts the beginning of the themed Film Fridays. Every film for the next 4 weeks is going to be a Halloween theme to get everyone in the mood. So let me know in the comments on twitter what you want to see in the segment. Also as a special treat I will be posting a Film Friday on Halloween day as a special treat to all of my lovely readers.
Until next time.
Xx
Posted by Lemon Nail Fiend at 14:45 No comments:

This weeks film is another recommendation and it is currently showing on Sky Movies. The film is the one and only Pitch Perfect. 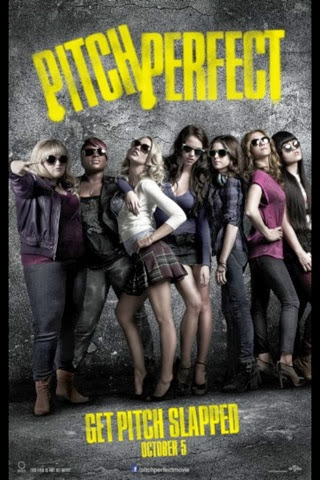 This film is just so good. It was directed by Jason Moore, realesed in 2012. Now I know I go on about time every week but it's an important factor when it comes to films. Pitch Perfect had a good time of 1 hour and 52 minutes.
The film concentrates on two A Capella groups the Barden Bella's and the Treblemakers and their battle to become the next ICCA Championships.
Now it's time to talk about the cast. The cast includes stars like Anna Kendrick, Brittany Snow, Rebel Wilson, Anna Camp and Skylar Astin. The cast fits so well in their roles. The film kept me laughing and enjoying throughout the film.
Now onto this weeks film Hunk. There is only one guy in this entire film that deserves this title, in my mind. That guys is Skylar Astin, who plays Jesse.  He is my hunk this week and to top it off he is a great singer! 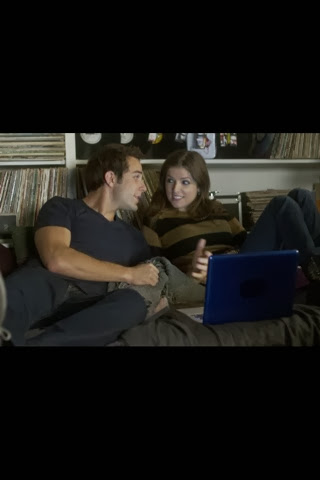 Let me know what film you want to see in this space next week. Do you agree on the film hunk? Let me know if there are is a film hunk you want mentioned.

Until next time.
Xx
Posted by Lemon Nail Fiend at 12:46 No comments:

The fourth instalment of Film Friday is a film that is quiet new to me. By that I mean that I haven't seen many films by this particular Director. The Director is the one and only Tim Burton. Now everyone has heard of his films that include Sweeney Todd and the Corpse Bride. The film for this is a new one called Dark Shadows, I picked this film as it was on any time and it looked interesting. The film is quiet new and only came out in 2012. It also has a good length at 1 hour and 53 minutes. Now length is important as I find really long films quiet boring after a while. (Inception not included due to two hunks).
The description of the film is 'An imprisoned vampire Barnabas Collins is set free and returns to his ancestral home, where his dysfunctional descendants are in need of his protection.'
The cast of the film is awesome to say the least. It includes Johnny Depp, Michelle Pfeiffer and Helena Bonham Carter. The actors who appear on this film speak for themselves, they are all great on their own.
Again this film got the guys seal of approval as I watched it with my dad. He himself thought it was funny. Though he might have liked it more for Alice Cooper's appearance. 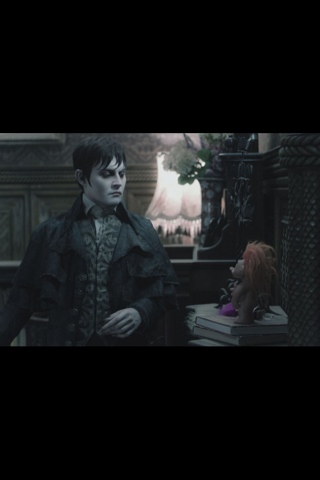 Now to the part which all the ladies have waited for this films hunk. It's likely that you have already guessed. That's right it's Johnny Depp. He is a hunk in his own right and no matter who he plays he stays a hunk. Now in the film you do see him with a open shirt in a pretty destructive scene. You will know what I mean when you watch the film.
Overall I loved this movie, it made me laugh. I enjoyed every minute and it kept my attention through out the full movie.

Xx
Posted by Lemon Nail Fiend at 11:11 No comments:

Ok so this weeks film isn't the sort of thing I would watch but it was recommended to me. It is Pulp Fiction te oldest film I have reviewed, having been realised in 1994. 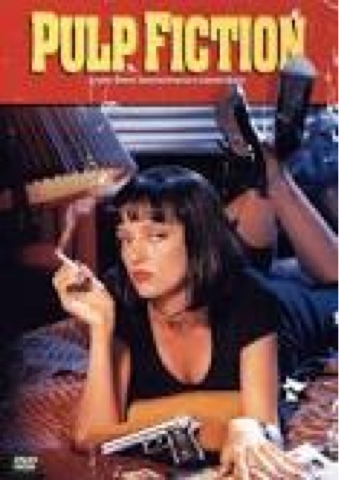 It was directed by Quentin Tarantino and we all know his films consist of copious amour a of action and blood. It has a non linear narrative structure, which means it is not in chronological order when it comes to the story. I found that this made it harder to get into and what didn't help was the length (running time 2hr34mins).
Pulp Fiction has a star studded cast which includes John Travolta, Samuel L Jackson, Uma Thurman and Bruce Willis.
Finally let's talk about this weeks movie hunk, who is a young Bruce Willis. Oh and ladies you will be pleased to know that Tarantino did think of us when filming. Bruce Willis shows a bit of skin and by a bit I mean a lot.
Unfortunately I didn't finish this film as I couldn't get into it. However I did get over half way through. Enough to see Bruce Willis in all his glory!
I hope you guys enjoyed this weeks film Friday. As always let me know in the comments or on twitter or anywhere else you can find me what film you want to see mentioned. I have created a Tumbler to go along with this blog and post hints on. I will link it in the other places you can find me. Until next time.

Xx
Posted by Lemon Nail Fiend at 10:09 No comments: