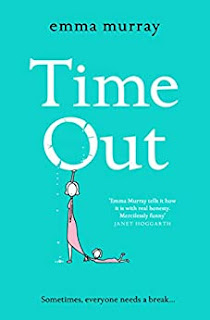 Mother of one and professional writer Saoirse (pronounced Seersha, not Searcy – thanks a bunch Game of Thrones!) is still adjusting to the demands of motherhood, four years after the birth of her daughter, Anna.
Living in the claustrophobic London suburb of Woodvale, and being surrounded by passive-aggressive mum-wars, isn’t helping. Neither is her increasingly pent-up anger at her once-perfect husband. Her only comrade in arms, best friend Bea, is the one thing keeping her sane.
When Saoirse’s agent asks her to pitch for a book, she is horrified to discover the topic is motherhood. How can she possibly write a ‘warts and all’ account of being a mother without giving away what it’s really like?

This book consists of 25 chapters that is split into 3 parts, this splitting into three parts is perfect for this book as it gives you a clear view of where the main character Saoirse grows. The character in herself is very relatable and as a reader you are able to see bits of yourself/ your views in the characters.

Now before I read this book I did see that someone described it as 'laugh out loud' now I wanted to make my own decision on this but as I read I had to agree with this comment. This book will have you giggling away to yourself from the very first chapter. One of the great things about this book apart from the laughing is that some chapter (clearly marked) take you into Saoirse past, which helps you as the reader understand the things she has gone through. The Author has used this as a great way to make you relate to the character even more and allows you to get more information on the background of the characters.

Now let me tell you a little bit about the Author Emma Murray, she was originally from Co.Dublin but moved to London in her early twenties. She had a successful career as a ghost writer but her childhood dream was always to write Fiction.

Overall I really enjoyed this book and found it to be well written. Not only that but this book really grips the reader and makes them want to read on. Once you start getting into this book you won't want to put it down until you finish it.  You can get your copy HERE.

Emma
xx
Posted by Lemon Nail Fiend at 11:00 No comments: 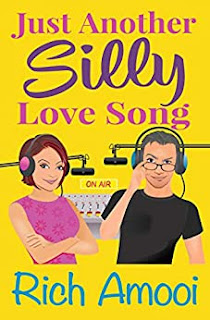 'Two rival radio personalities. Lori Martin is a positive and upbeat DJ, known for playing love songs and dedications. Ben Baxter dishes out no-nonsense, in-your-face relationship advice. Total opposites. Never in a million years would they want to work together.Fired for losing her cool after her boyfriend breaks up with her on the air, Lori surprisingly receives a job offer for the coveted morning show at the radio station across town where Ben works. She thinks she’s replacing him, but finds out they want to team up Lori with her archenemy to set the air waves on fire and boost ratings. Financially strapped, she can’t turn down the job.While their on-air fireworks and explosive chemistry make for great listening, what in the world will happen after work hours?'

I honestly have no idea where to start when it comes to this book. So going to start at literally the front cover, why because I love the cover on this book. It's gives you an animated feel which goes hand in had with the comedy that this book brings. As you read this book you get drawn in to not only the story but also the funny side. This book starts you off in Ben's point of view and had me laughing from Chapter 1.

The book focuses on Ben and Lori, who have chemistry from the first time they meet. I mean the relationship these two characters have is so amazing it will keep you reading not just for the comedy but anticipating their next interaction. Although Ben and Lori are the main focus in this book, you do have a bit of a background relationship going on which is equally as interesting.

This is definitely the type of book that once you get into the story you don't want to put it down! Whether you are staying for the comedy or the interactions this book will not let you down! This book really is Romantic Comedy at it's best, to the point that I think it would be a smash if it was a movie.

Let's tell you a little bit about the Author Rich Amooi. A former Radio personality and DJ who now writes romantic comedies full time in San Diego. Rich believes in public displays of affection, silliness, infinte possibilities, donuts, gratitude, laughter and happily ever after. He is happily married to a kiss monster imported from Spain.

Between the great characters and their interactions this book will leave you wanting more. More of Ben and Lori and definitely more from the author. I dare say you may want to clear a block of time as you can easily start and finish this book in one sitting. Trust me the book will make you want to read it in one sitting. You can get your hands on this romcom HERE.

Xx
Posted by Lemon Nail Fiend at 09:30 No comments: