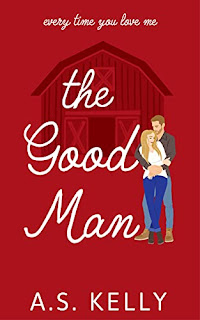 That man is me: Reid Johnson. And that woman is her: my deepest secret. Fine, so I have a few secrets – but it would be best not to reveal them, as they could take everything I have away from me. And without those secrets, I’d have nothing to dream of.

There are two things you should know about me before deciding whether or not to read this story:
I’ve never been the person everyone thinks I am.
I’ve never been the man she believes me to be.'
This is the story of Reid and Sloan, it is told over the course of 62 Chapters (+ Epilogue). Their story is the third in Alex Kelly's From Connemara with love series. The first two books explored the stories of Reid's siblings Ellie and Shane. Now you don't have to read this book as part of the series but I would say you will be left wanting the rest of the series if you just read this one.
So Sloan and Reid's story differs from most romance books as their story has been going on for a very long time. These characters have grown up together and  felt something from the beginning. Throughout the book readers discover that both these characters are hiding something and hesitant about a relationship.
For readers who have read the other books in this series, this one will give them the chance to see Reid's character from a different angle. Not only that but readers discover that there is a reason Reid is the way he his. Reid is also interesting because he interacts with the reader. Talking to them as if they are stood next to him.
Throughout the book readers get to see what each of the main characters are feeling as the point switches throughout. Not only that but readers also get a glimpse at the character's past in the chapters that take you back. These chapters are made very clear so their can be no confusion for the reader.
Let me tell you about the Author Alex Kelly, who was born in Italy but lives in Ireland with her husband, two children and a cat named Oscar. She is passionate about English Literature, she's a music lover and addicted to coffee. She spends her days in a small village North of Dublin, looking for inspiration for her next stories. Rainy Days is her debut novel.
Overall this book will leave readers wanting more from the author and if they are anything like this reader, reaching for tissue. Although the need for a tissue will not stop readers in their pursuit to finish this book. You can get your copy HERE
Until Next Time
Emma
XX

Posted by Lemon Nail Fiend at 11:30 No comments:

Blog Tour: Cinderella and the Scarred Viscount by Sarah Mallory* 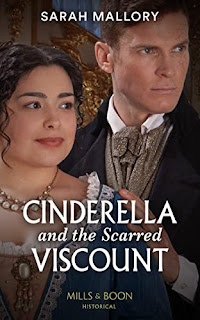 But a perfect match?

Major James Rossington, Viscount Austerfield, survived Waterloo, but can he survive the Season as London’s most eligible bachelor? Convinced his battle scars make him unlovable, and to escape Society’s matchmakers, Ross proposes a wedding in name only to shy, sensible Carenza Bettridge. Liberated from her cruel stepmother and bullying half-sisters, she blossoms into a confident, altogether desirable woman. He promised Carenza a convenient marriage, but inconveniently finds himself wanting more…'

This is the story of Ross and Carenza, which is told over the course of 22 Chapters (+Epilogue). This story will grab readers attention from the very beginning. They will want to know more about the characters as well as how these two very different people end up married.
Ross is a very interesting character and as the story progress the reader watches as Ross shows his battle scars. With the amount of detail that the Author put into the Battle Scars and what Ross deals with you can tell a lot of research was done.
Carenza is the definition of a Cinderella character from her looks to her family. What makes her stand out from other Cinderella characters is that not all her issues are solved when she meets the Prince or in this case Viscount. Carenza is a very strong character and readers will see this long before the character does.
Now let me tell you about the Author Sarah Mallory, who is an award winning author who has published more than 30 historical romances with Harlequin Mills & Boon! Sarah loves history especially the Georgian and Regency. She is a winner of the prestigious RoNA Rose Award from the Romantic Novelists Association in 2012 and 2013. Sarah also writes romantic historical adventures as Melinda Hammond. Sarah lived for many years on the Yorkshire Pennines, taking inspiration form the wild and rugged moors. Then in 2018 she fell in love with Scotland and ran away to live on the rugged North West Coast, which is proving even more inspiring.
Overall this story is filled to the brim with characters that readers will either love completely or dislike. I know this reader found her favourites. This book is a brilliant slow burn romance that readers will adore, especially if you love Cinderella stories. You can get your copy HERE
Until Next Time
Emma
XX
Posted by Lemon Nail Fiend at 13:00 No comments:

Blog Tour: Beauty and the Reclusive Millionaire by Rachael Stewart* 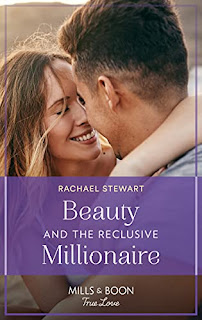 A-list actress Catherine has everything—but she's fighting personal battles. So an escape to the Greek island belonging to her best friend’s brother Alaric offers the tranquillity she craves. Except seeing Alaric again sets her heart-rate soaring. Life might have changed him, but when the torch she once held from him is reignited it’s impossible to ignore!'

This is the story of Catherine and Alaric, which is told over the course of 15 Chapters (+Epilogue). The story is based at a gorgeous remote island that readers will instantly not only want to visit but be jealous that they are not there.

Right from the very beginning this story will grab readers attention and refuse to let it go until they have read the entire book. Not only will the story in general grip readers but also the characters. Alaric in particular seems to have something in his history that is not revealed to readers straight away. This will intrigue readers wanting to know what this piece of information is.
Both the characters seem to be on the island seeking and hiding from something at the same time. All is revealed to readers over the course of the book. However this mysterious aspect will keep readers intrigued in the book.

So let me tell you about the Author Rachael Stewart, she adores conjuring up stories for both Mills & Boon and Deep Desires Press. The books vary from heartwarmingly romantic to wildly erotic. Rachael is living her own dream of being a full time writer, even though her degree was in Business Studies and she spent many years in the corporate world. Originally from Wales, Rachael now lives in Yorkshire with her husband and three children. When she isn't wrapped up in her children, you can find her glued to her laptop or enjoying the great outdoors seeking inspiration.
Overall Rachael has written another brilliant book that all readers will adore. Whether this is your first book by Rachael Stewart or you are an avid like myself you will fall in love with not only her style of writing but also her characters. You can get your copy HERE
There is also a Giveaway attached to this Publication day when you could be in with the chance to wint 3 Rachael Stewart Paperbacks ( Tempted by the Tycoons Proposal, Surprise Reunion with His Cinderella & Beauty and the Reclusive Millionaire), a cute Sloth Coffee cup place mat, novelty pen and Heart post its. You can enter the Giveaway HERE. Don't forget to read the Terms & Conditions though: Worldwide entries welcome. Please enter using the Rafflecopter box
below. The winner will be selected at random via Rafflecopter from all valid entries and will be
notified by Twitter and/or email. If no response is received within 7 days then I reserve the right to select an alternative winner. Open to all entrants aged 18 or over. Any personal data given as part of the competition entry is used for this purpose only and will not be shared with third parties, with the exception of the winners’ information. This will passed to the giveaway organiser and used only for fulfilment of the prize, after which time I will delete the data. I am not responsible for despatch or delivery of the prize.

Posted by Lemon Nail Fiend at 13:00 No comments: 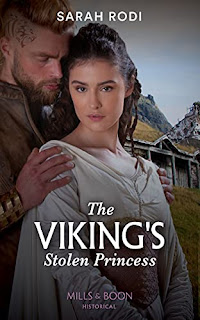 Could be the Viking's undoing!

After Brand Ivarsson of Kald abducts Anne of Termarth on the eve of her wedding, the Viking’s consumed with only one thing: revenge against her loathsome betrothed. But confronted with the stunning princess, so foreign to his world, Brand’s captivated not only by her beauty, but by her spirit and her kindness. Is Anne his prisoner…or is she the one who’s captured his scarred heart?'

This is the story of Brand and Anne, which is told over the course of 14 Chapters (+Epilogue). This book is full of interesting Viking details that readers will love. There is enough information for the reader to know what is going on but not so much that they are overwhelmed.

Another thing that is clear throughout the book is the underlying tension that exists between the main characters. Now the type of tension changes as the book progresses, and readers will enjoy watching this change as well as the characters reaction.

Brand is the tough Viking that readers will adore with hidden depths. He is also hiding a secret of sorts from Anne, regarding their history. The will he tell her or won't he aspect of this book will intrigue readers as they will want to know Anne's reaction if/when it comes to light.

This book was easy to get stuck into, and readers will find themselves addicted wanting to continue reading until they have consumed the entire book. One thing for readers to note is that your emotions may become invovled when you read this book. I know mine did.

You can get your copy HERE

Posted by Lemon Nail Fiend at 10:00 No comments: